Scottish Folds are known for the shape of their ears, but one cat in Japan is gaining Instagram followers due to her gigantic eyes. The beautiful green orbs give her the "Puss-in-Boots" look of innocence that likely let her get away with everything.

These cats have a rich history.

The Scottish Fold is an affectionate and friendly cat breed. According to Hill's Pet, Scottish Fold cats tend to create great relationships with all of their family members.

While Scottish Folds are friendly, some cats can develop a stiffer tail. If that tail is mishandled, it can cause the cat pain, so it's important that all family members understand how to gently handle the cat.

1. The Scottish Fold traces its origins back to 'Susie' 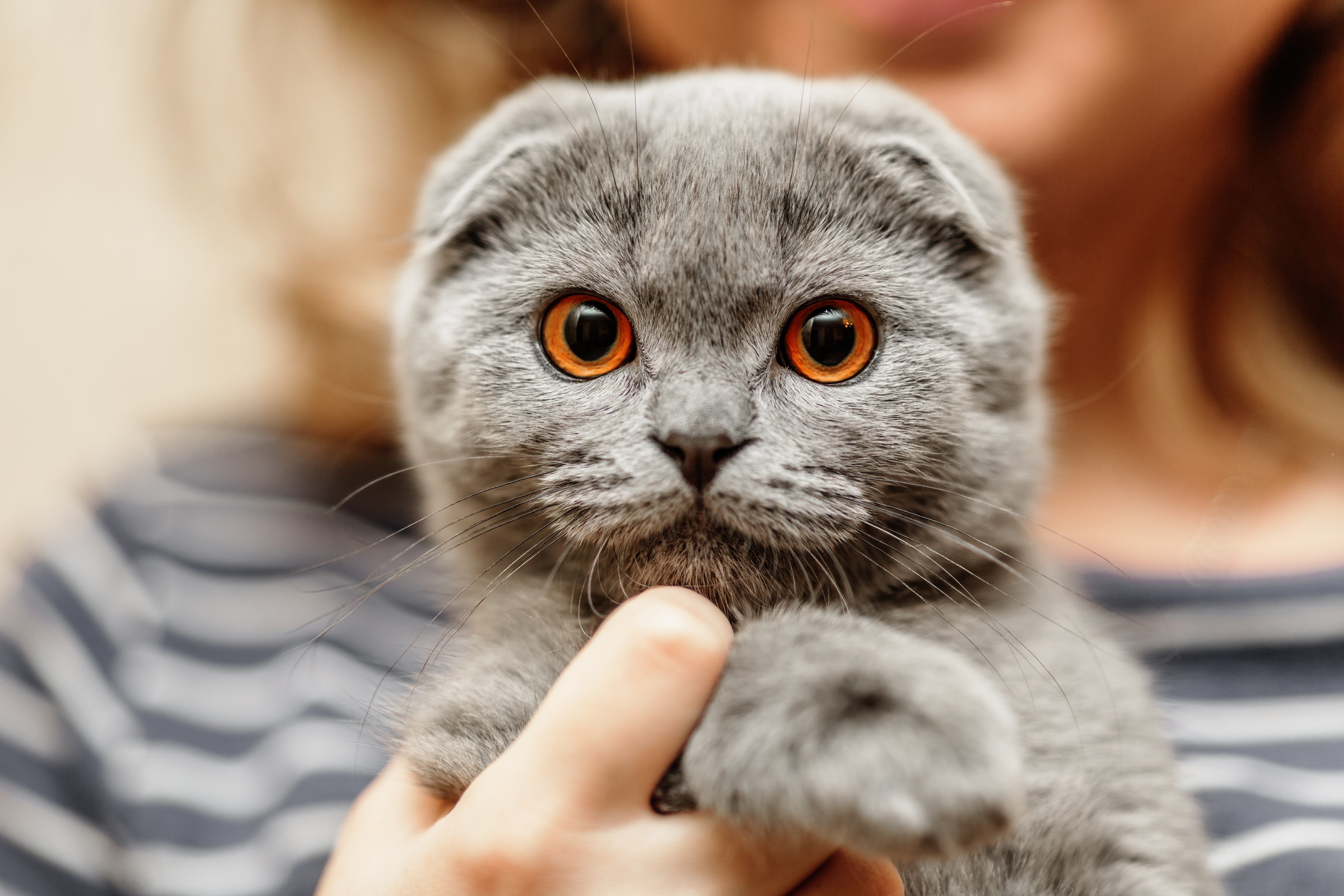 According to Figo, Susie's ears had a distinctive fold that made them look cropped which drew the attention of local farmer and cat fancier, William Ross.

2. The fold is because of a mutation

According to The International Cat Association, the fold is unique, and due to a genetic mutation.

"The folded ear is a spontaneous mutation and comes from an incompletely dominant gene that results in both folded and straight-eared cats."

3. They sit as humans do

5. Scottish folds need to be brushed 2 to 4 times a week

You should check out a breeding program if you're interested. The Scottish Fold breed of cat is an affectionate cat that bonds extremely well with its human caregivers, and also gets along well with children and other pets in the home. Scottish fold kittens are so cute! You can work with the Cat Fancier's Association if you have questions.

According to Hills Pets, as the Scottish Fold breed ages, you must play gently with the tail, moving it from side to side, and up and down. You don't want to cause any health problems.

"If any stiffness is noticed or if she appears to be in pain when the tail is manipulated, she should be taken to the veterinarian to make certain she is not suffering from arthritis."

8. They're difficult to breed

You should also consider the British Shorthair, American Shorthairs, or even a Scottish Fold Longhair.

9. This breed needs some interactive playtime

These rounded head, folded ear cats need playtime! Just like a barn cat or any cat you need to play with them so they stay in good condition.

In addition to their folded ears, the Scottish Fold cat Breed has a very round head and round eyes. The coat color can vary from a solid color, to Bicolor, Tabby, Ticking, Smoke, Shaded, and Spots.

What cat breed do you live with? Leave a comment below with your story.