Whoa, this is pretty cute.

A Belgian Shepherd, Ingo, has a friend in a little owl named Poldi and photographer Tanja Brandt has documented that friendship in beautiful photographs. They may be entirely different species, but that doesn't stop the dog and owl from looking deep into each other's eyes, cuddling, and enjoying each other's company.

The adorable photos have even been compiled in a German picture book you can buy on Amazon.

"I love the beauty, power, loyalty, courage, and friendship of animals. Many people could learn from them."

Check out some tender moments between Ingo and Poldi:

They watch sunsets together. They take rests in parks together. 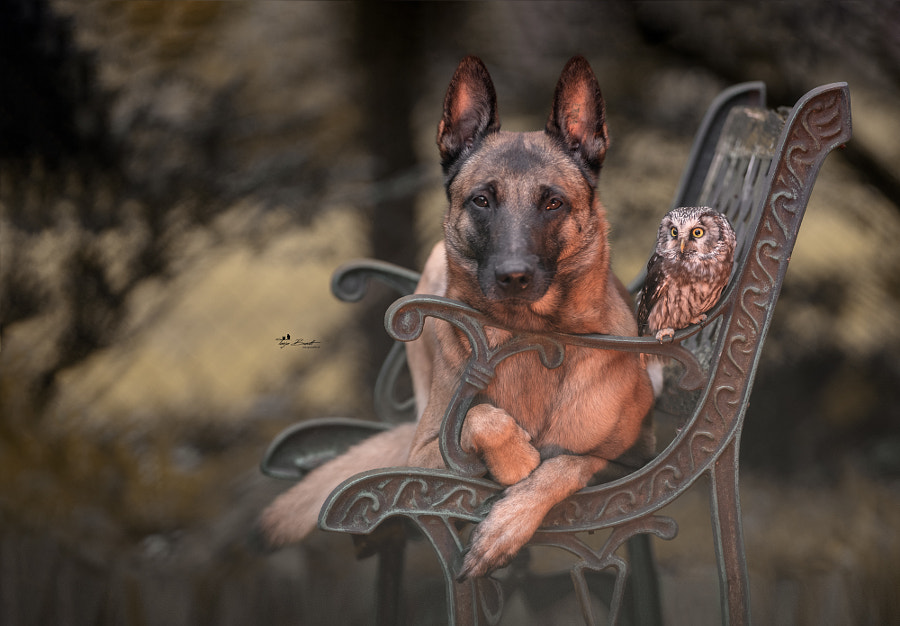 They keep each other warm on snow days. 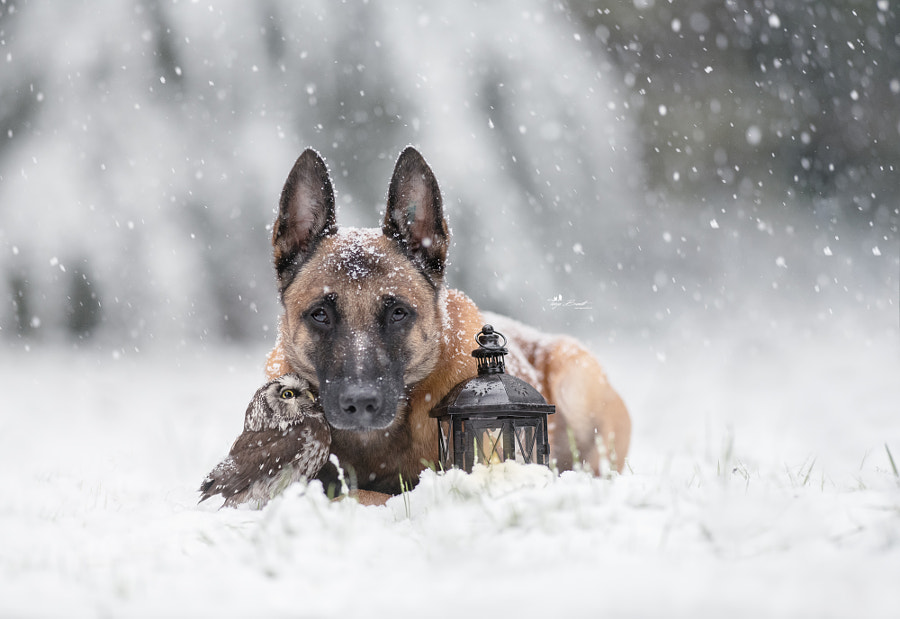 Ingo the dog protects the small owl in the big urban world. 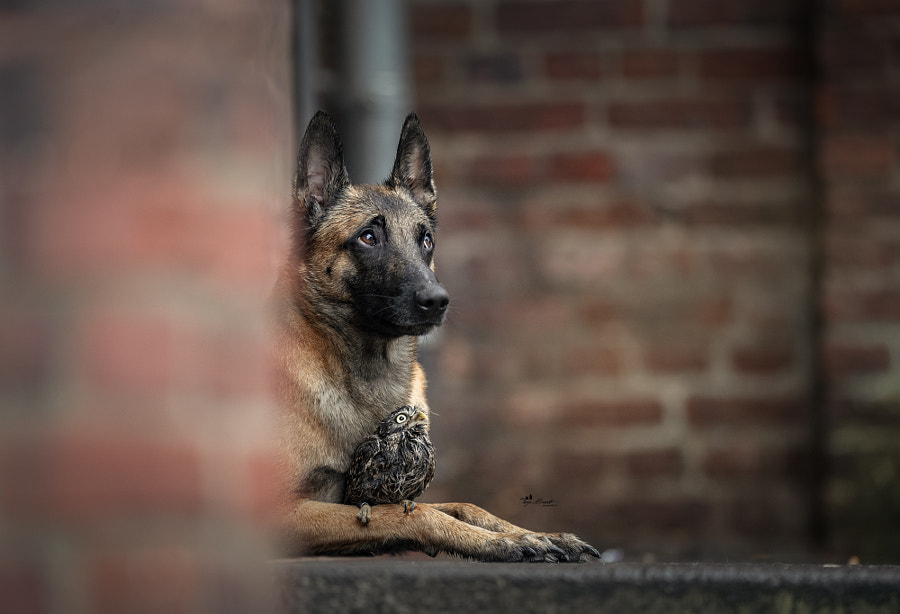 And sometimes gives him rides if his wings are tired. 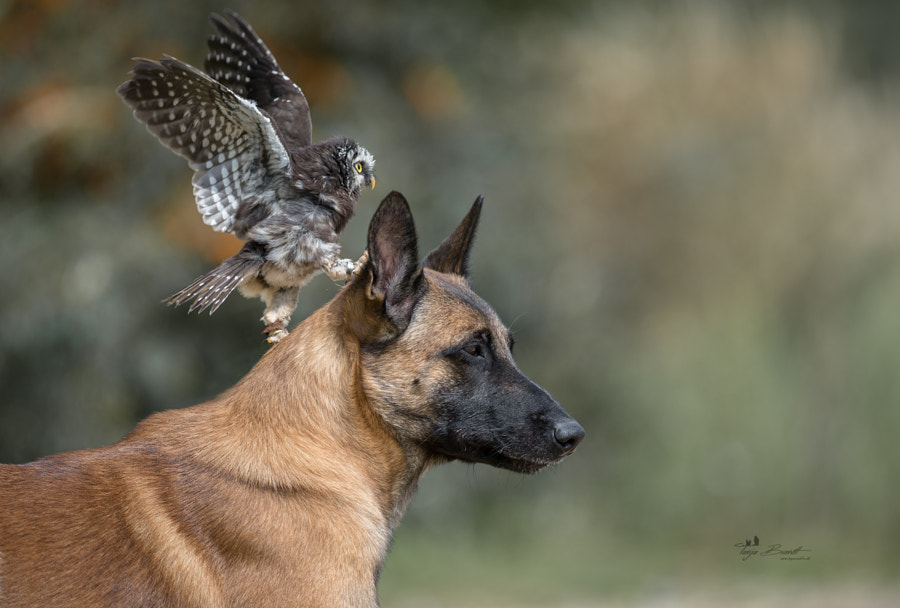 Owl Poldi shows Ingo around his neck of the woods. 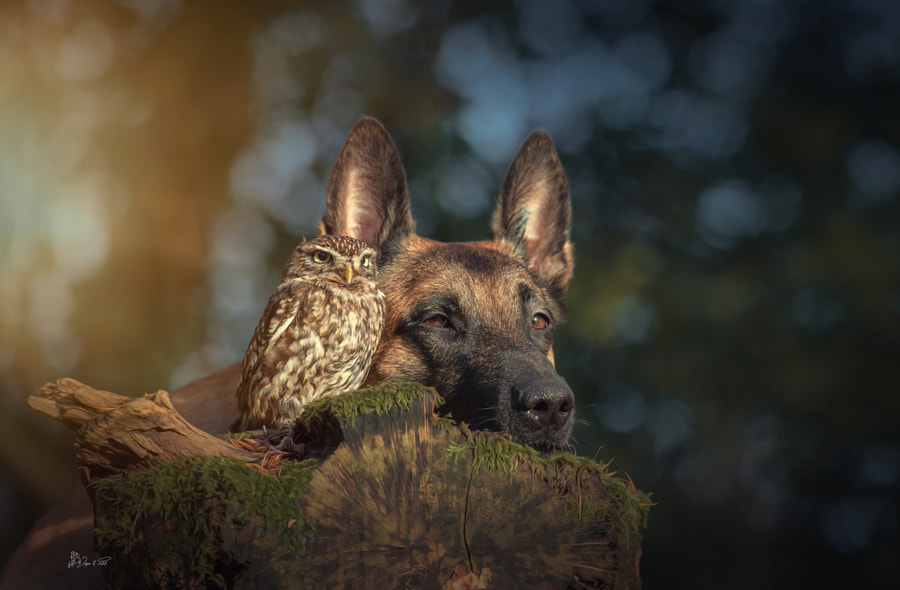 And they have the best adventures. 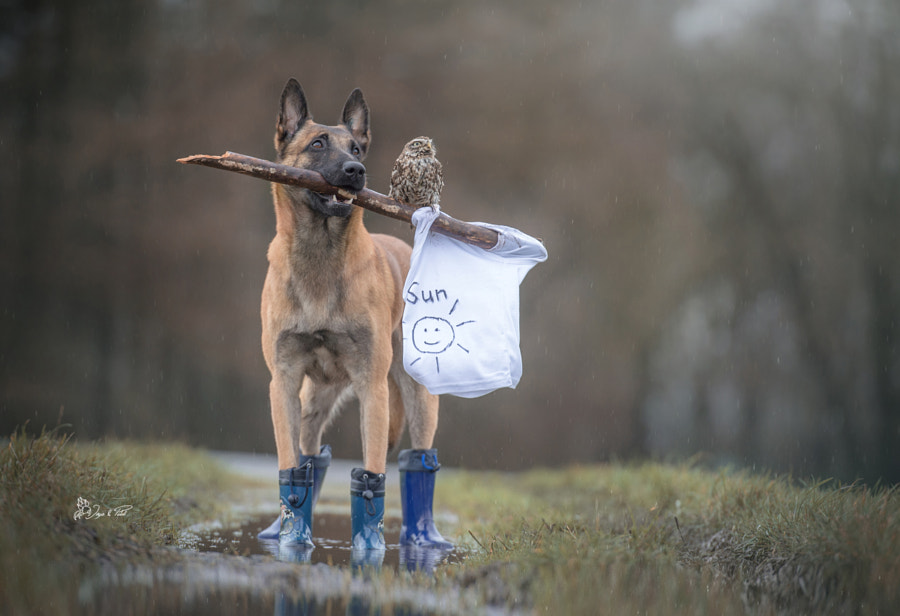 They take the time to smell the flowers. 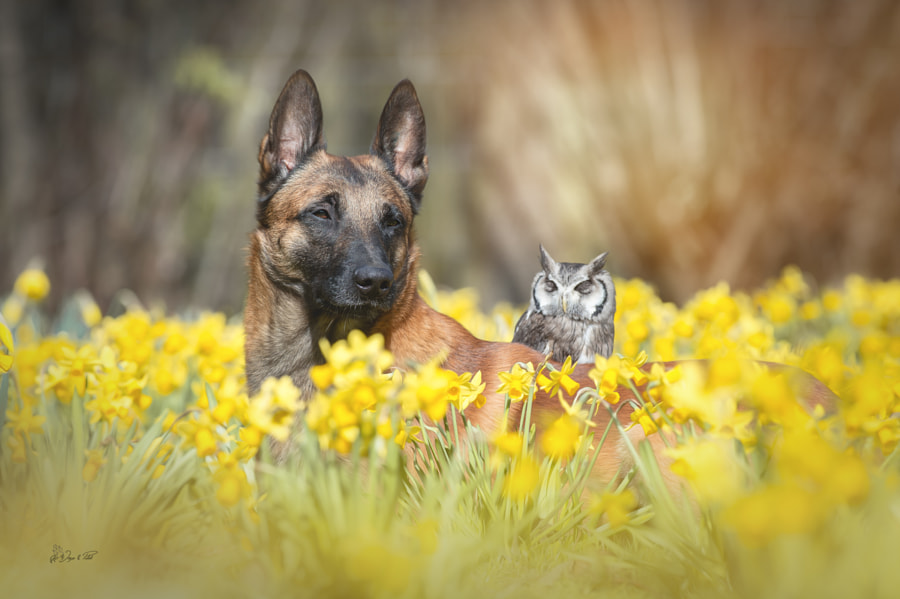 And suffer through some embarrassment together. 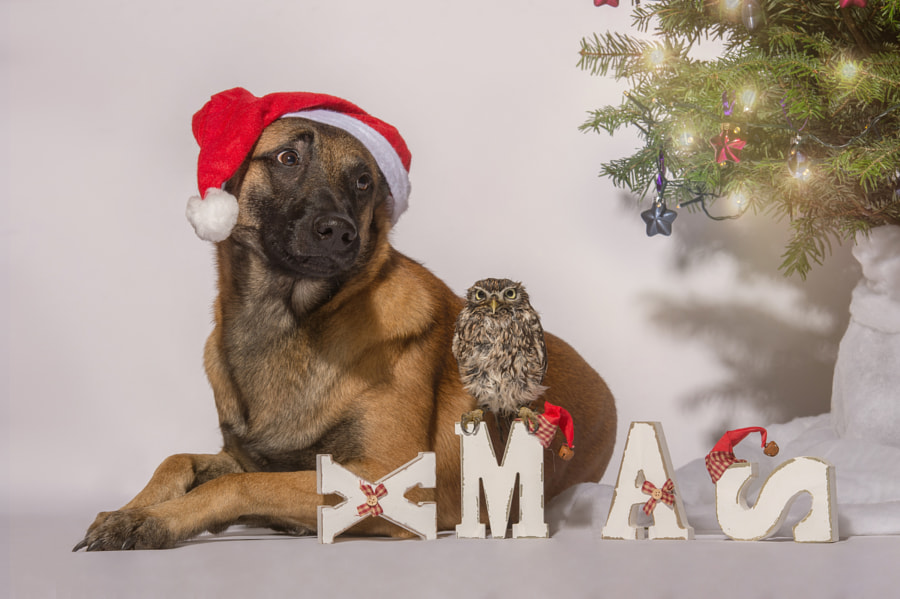 They are true pals. 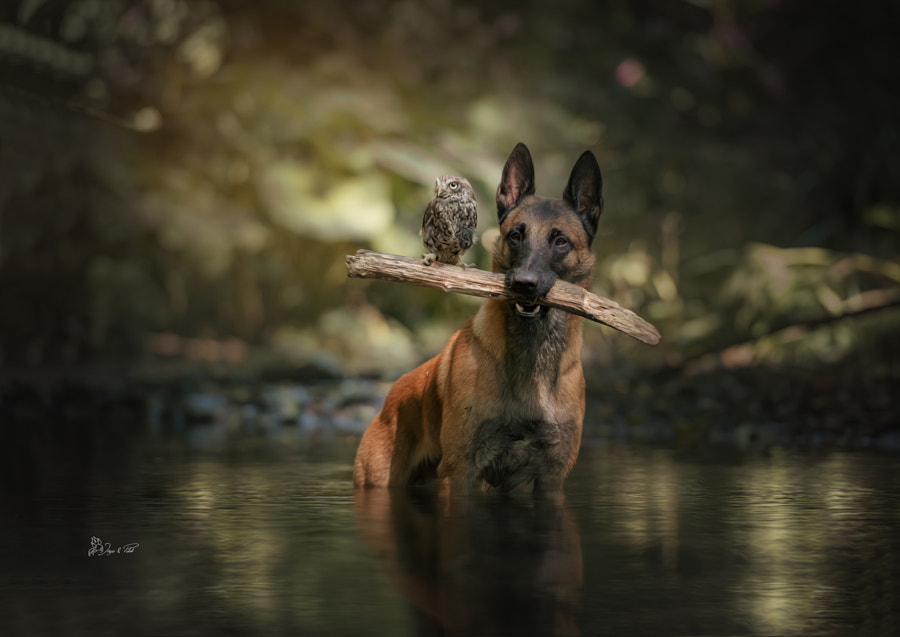 And sleep better knowing the other is safe and sound. 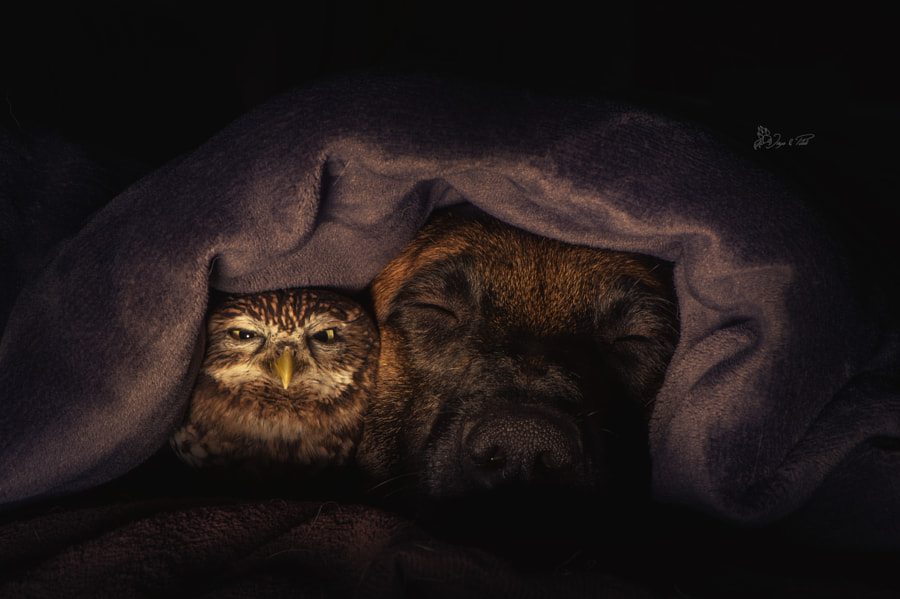 Interspecies friendships may seem incredible and unlikely (how can a cat be friends with a coyote?) but there is actually some science behind the connection. Animals can bond with other species strongly when they are young and will look toward other animals to provide food and protection. These relationships happen most often in captivity. Domesticated animals are more likely to trust people and other animals around them and will likely search out companionship in whatever animal is near, regardless of species.

In an interview with Slate, Marc Bekoff, professor emeritus of ecology and evolutionary biology at the University of Colorado said;

But these unlikely friendships are often facilitated in human-controlled environments, which is why interspecies pals are rarely seen in the wild.

Regardless, seeing animals as different as an owl and a dog pallin' around together as best friends will always warm the heart. And for that, we are grateful.

See more amazing photography with hawks and falcons by artist Tanja Brandt on her website. She really is an incredible animal photographer.

Do you love this unusual animal friendship? Tell us in the comments below.